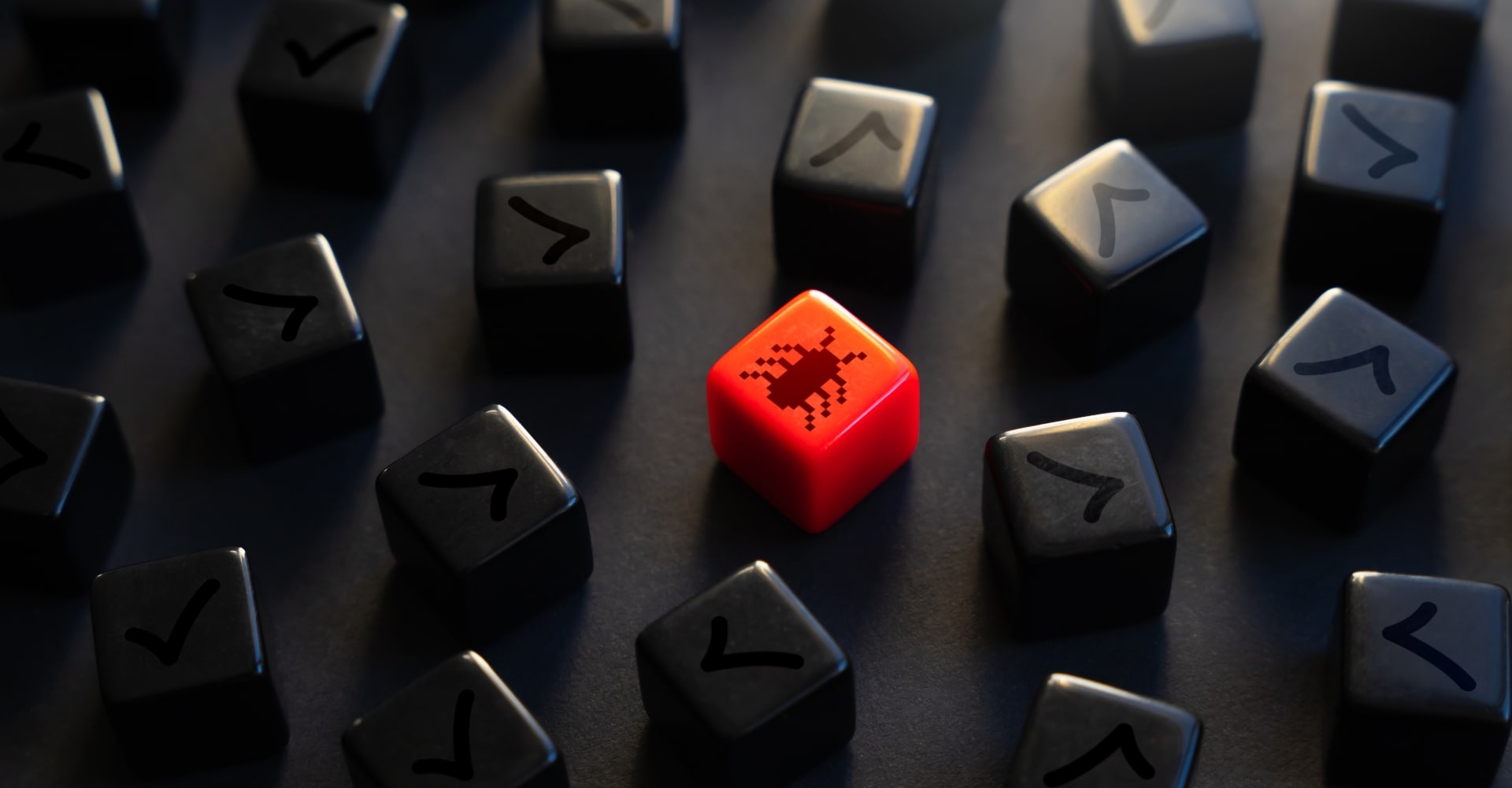 As business demands for IT organizations to deliver high-quality software faster and faster, the move to agile development methods and DevOps is getting stronger. Also, manual testing can’t keep up with how complex applications are getting because they are always changing to include new technologies and new sets of features. Because of this, there has been a need for more test automation. Test automation can bring many good things, such as:

No matter if a traditional or agile development method is used, starting test automation requires careful business planning and a clear understanding of where it can and can’t help. It is important to have the right expectations about what test automation can do and what is needed for it to work. Many automation projects fail because of unrealistic goals.

You need to use automated testing best practices like behavior-driven development (BDD), developing with testability in mind, and continuous integration and testing to bring efficiency. They are important parts of making the whole development process better. Many clients think that getting the right tools is the first step in moving from manual testing to test automation. However, building automated tests is a complicated process that can’t be made easier just by getting the right tools. When test automation is done well, it is clear that it is a good thing, but when it is done badly, Application Development teams can waste time, effort, and money.

Next, we’ll cover some of the automated testing best practices and most prominent aspects.

When automating tests, it’s important to come up with a simple, clear, and well-balanced set of goals that can be measured. This will help figure out the best way to automate things and choose the right tools. When an organization moves from a model where most testing is done by hand to one where tools are used to automate more and more of the application being tested, there will be uncertainty and friction in the organization.

Too often, test automation is seen as a “magic bullet” that will cut the cost of testing by a lot, or it is assumed that 100% coverage is easy to get or should be the goal. The main goal of testing is to find problems early on and stop them from spreading, which reduces quality risks. The main goal of automation is to get rid of repetitive, error-prone manual tasks so that people can focus on tasks that add value and to make sure that tests run regularly without any help from people.
Automation will make it easier for teams to find bugs faster, which will make it easier to stick to test and project deadlines. When an automated regression test suite is run as part of an automated build process, regression bugs can be found early and feedback can be given right away whenever new code is checked in. This makes it easy for programmers to find and fix problems quickly, preventing bad builds.

One important goal of automation is to free testers from having to run regression tests by hand over and over again. Your team will be able to focus on more in-depth exploratory testing because of this freedom. If test steps for exploratory testing are automated, there will be more time to look into parts of the system that might be weak.

By setting goals for test automation, the whole team can see the benefits that can be gained from it. Find out where the benefits will come from and what kinds of benefits you can expect.

For example, you may be able to speed up the code-and-test process, make regression testing more repeatable and cut down on cycle time, improve test efficiency through flexible test management processes, and avoid the errors that come with manual processes. If the people who will be affected see a benefit, they will accept automation. But automation won’t work if it’s just seen as another way to keep management in check. So, write down your goals and make a plan for how to reach them that allows for improvement over time.

Consider that Investment in Automation Might Not Pay off Right Away

Test automation requires a big initial investment, employees with the right skills, and a strong commitment. Examine the current state of manual tests and figure out the best way to move these testing assets to the new automation paradigm. The structure of a manual test may or may not be good for automation. If it isn’t, the test may need to be completely rewritten to support automation. Or, relevant parts of existing manual tests, like input values, expected results, navigational paths, and test data, can be taken out and used for automation.

Choosing which test frameworks to use and whether to build them in-house or use commercial or open-source tools from a third party takes time and research. Most likely, you will need more hardware, software, or any other kind of computer resources. No matter if testing is done manually or with a computer, it is important to know the costs of both. Both manual and automated testing have some things in common. Costs tend to go up when automated testing is added, but the increase in overall costs that comes with automation can be justifiable and helpful for manual testing as well. 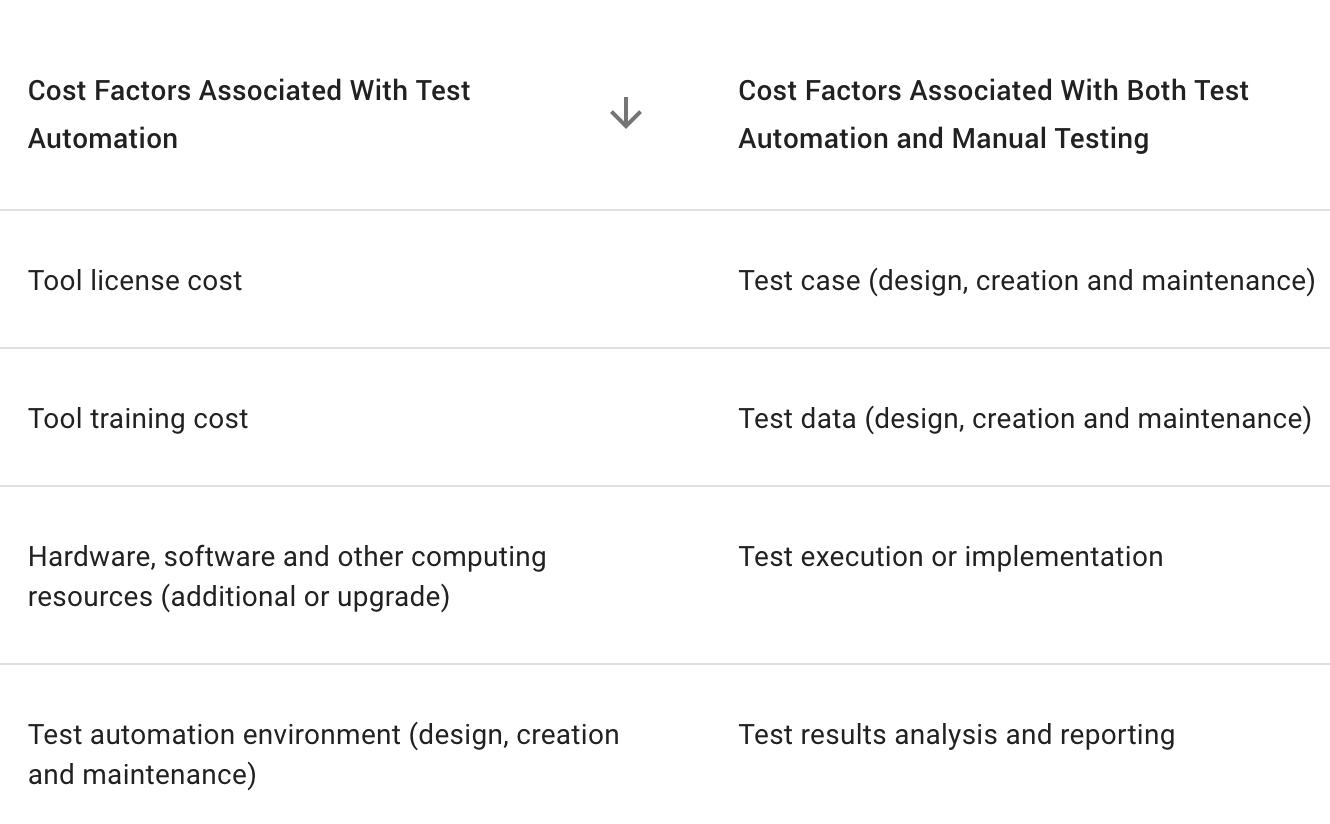 Ensure adequate training and resources are available and that programmers and testers have a collaborative automation environment.

Test automation involves all stakeholders. As the team automates, jobs will specialize. Educating the team early about the expected changes will lessen worry around roles and procedures. When handled appropriately, the shift toward automation should energize and prepare the workforce for organizational and technical change.

Automate First What Will Yield the Biggest Reward

Not every situation is good for automated testing, and automation isn’t always the best way to find all software bugs. Some tests do not justify investment in automation.

Find a good balance between the cost of automating the test and the amount of valuable time it takes to do it manually. If it’s easy to do manually and would take a long time to automate, just do it manually.

Not Everything Needs to be Automated; Manual Testing is Still Alive

Testing can be done automatically for almost all types and levels. But even though there are many benefits to automating tests, you can’t just try to do it without knowing when it’s useful and when it’s not. Usability testing and exploratory testing are two kinds of testing that can only be done by a person and don’t need to be automated. Scripts may be useful for setting up scenarios and speeding up how usability or exploratory testing is done afterward. But you can’t automate understanding how to use an app or learning more about it so you can make it better in the future.

Test automation is not a replacement for people who test. Before a software is released, teams will need to use both manual and automated testing to make sure the software is good. Automated tests won’t work for mobile testing, for example, because mobile testing requires a lot of manual testing and testing in real-world environments. For example, it’s hard to test device-specific functions like location data and other environmental sensor data in a lab, so testing must be done by hand in the field. Internet of Things (IoT) applications are the same way. Even though automation is a must, you shouldn’t expect that all testing will be done this way. For testing in the field, use a mix of manual testing and other services.